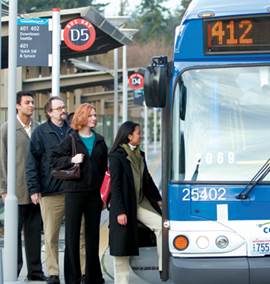 Young people are waiting until an older age to get their driver’s licenses according to a recent national study. We were wondering if the national research on driver’s licenses could be observed in the Seattle region in our recent 2014 household travel survey. So I started to dive into this question from household survey and it made me ask a bunch of other interesting questions! This blog post reflects the rambling data discovery process I conducted. I’ll take you on the journey with me.

Here’s the first question I had:

Question 1: In the Puget Sound Region, are fewer young people getting licenses in recent years?

Interestingly, there is a slight trend towards older people hanging onto their driver’s licenses during that time period. For example, 95% of 65-74 year olds had licenses in 2014, as compared to 92% in 2006.

These differing trends between young people and older people made me wonder if the real factor in determining driver’s license ownership was worker status. Many jobs even require that a person has a driver’s license.

Local workforce participation rates reflect national trends. Since the early 1990’s, teen employment rates have been declining, and the most recent recession has amplified that trend. In 1978, 58% of 16-19 year-olds had a summer job, while only 31% did in 2014. Conversely, older workers have remained in the workforce longer than expected, in many cases deferring retirement in reaction to the economic downtown of 2007-2009.

Anyway, trends in licenses really only matter if peoples behaviors and travel choices are changing. So I asked the next question.

I found this trend in transit by age group to be the most fascinating. Young people are using transit more, but so are middle aged people! You can see this in the image below.

I was especially interested in the 35-44 year old group because I hadn’t ever seen that trend before.

I happen to be in this age group and having my first child. Even though I’m a transportation planner, I’m wondering how easy it would be to bring my baby on the bus. The main reason is that the bus I ride is standing room only and people are smashed door to door in together and I don’t know how I’ll be able weave a baby in there!

The image below shows that the number of children in the household has a strong negative relationship with transit mode share.

Thanks for going on this data exploration with me where we found out that:

I love household travel studies because they let you observe interesting trends and find things out you might have never guessed.